The movie San Andreas has impossible earthquake scenes, but the real thing is even scarier.

The new blockbuster San Andreas hits theaters this weekend. In the movie, Dwayne “The Rock” Johnson heroically rescues people from tumbling skyscrapers and monstrous tsunami waves. It will no doubt be packed with amazing special effects and edge of your seat action.

But how realistic is this nightmare scenario? Crowds of people flock to disaster flicks like these, and hopefully they’ll know what’s pure Hollywood entertainment and what’s more plausible in real life.

These types of movies are usually based on some semblance of fact, but take huge liberties with the actual possibility of what could occur. As enthusiastic moviegoers, we pay big money for over-the-top action and dazzling graphic displays. It’s important to remember that, while devastating earthquakes do happen, the scenes in San Andreas are either highly remote or downright impossible.

How real is the action in San Andreas? Can an earthquake really cause that kind of damage?
It’s nearly impossible for seismologists to accurately predict an oncoming earthquake, as they dramatically do in the movie. The best they can do is make educated guesses based on seismic activity over time and events that occur directly after an initial earthquake, such as aftershocks or triggered earthquakes.

The plates that meet at the San Andreas Fault move horizontally, which couldn’t result in the gaping canyons seen in the movie. The fault is located mostly on land, pretty much negating the possibility of any massive tsunami waves being triggered as well.

Although there are numerous faults all around the globe, the San Andreas Fault is most famous because of its close proximity to densely populated areas of California. This makes it an ideal subject for a thrilling movie, given the possible death and destruction that would come as a result of a seismic event.

Panic and fear
When an earthquake occurs, unprepared people will be scared and helpless. Confusion and surprise lead people to act out of desperation. Keep your distance from crowds and potential looting. Keep supplies that can last up to two weeks prepared at home. Knowing that you’ll be able to eat and have clean water will give you peace of mind in a chaotic time.

Shaking buildings and homes
The most important steps to follow when you feel an earthquake are: Drop, Cover, and Hold On. No matter where you’re located, get into a stable position that protects your head and neck. Take cover under a sturdy object like a desk or table. Flying debris like glass and heavy objects pose the most danger. Since the shaking will make everything unsteady, hold onto something secure. Stay put until the area is safe. If you want to learn more about these steps, and play “Beat the Quake”, an instructional game for kids, visit dropcoverholdon.org

No electrical power
Prepare for power blackouts by keeping flashlights and candles in an accessible location in your home or car. Keep the batteries charged and make sure everyone in your home knows where to find them. A battery powered radio can help you stay informed about the weather and safe places. Stay away from any down power lines or dark areas that may be unsafe.

Damaged and blocked roadways
Aftershocks are a very real element of earthquake activity. Don’t go sprinting off when you think the initial earthquake is over. Stay in a safe area until you’ve been informed that it’s safe to change locations. Roadways may have endured cracks and other damage that make them dangerous for cars. Don’t leave your safe space unless you absolutely must. Flooding, fallen trees, and disabled vehicles can make travel very treacherous.

Heroic First Responders will be on the scene.
In the movie, Dwayne “The Rock” Johnson plays a heroic rescuer from the Los Angels Fire Department. There will be many emergency personnel on the scene making sure that everyone is as safe as possible. You can help them by remaining calm and following their directions. Teach your children how to recognize police, firefighters, and emergency medical staff. Children may sometimes be afraid of their equipment or forceful nature in times of danger, but they should know that these people are there to help.

We can’t predict earthquakes. The best we can do is prepare.
Go out and enjoy San Andreas this weekend, but remember that most of what you’ll see on the screen is Hollywood fantasy. Use the film as a gateway to talking with your family and neighbors about how you can prepare for an earthquake or other natural disaster in your area.

PrevPreviousWhat Does it Really Take to Perform Under Pressure?
NextYour 5 Step Guide to Escaping Disaster by WaterNext 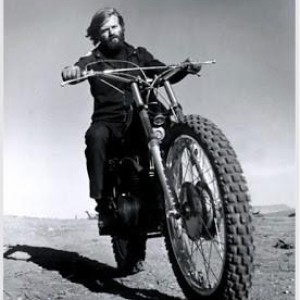