True Tales of Survival: How to Survive a Tsunami

“It was like a slap from a giant.”
This is how a survivor of the 2004 tsunami that struck 12 countries bordering the Indian Ocean described the first wave. An otherwise peaceful morning with crisp blue skies turned to a muddy brown nightmare in the blink of an eye. In an area of the world dominated by pristine beaches and putting scooters skimming along small streets, towering ocean waves brought destruction and snatched the lives of around 300,000 people in a single morning.

On December 26, the day after Christmas, locals and tourists in Khao Lak Thailand were forever changed by a few swift strokes from the mighty Indian Ocean. This area was one of the hardest hit, with a tourist mortality rate of 50% and local residents of around 70%. Because of the poor housing conditions in some areas, the statistics concerning those missing and injured will be forever unknown.

What to Expect in a Tsunami
According to the U.S. Geological Survey, a tsunami is a series of waves, or a “wave train”, resulting from shifts in the sea floor that happen after an earthquake, volcano, or other types of natural events that alter the sea’s geography. Tsunami waves can regularly reach heights of 50 feet and can repeat themselves for several hours.

There are many stories to come out of this horrific event, but that of American John Thompson stands to teach us much about survival in such lightening fast scenarios. John arrived in Khao Lak a one day earlier and had spent the time exploring the area around his hotel and enjoying a Christmas dinner and dessert at some local spots. The next morning, while lying in bed, he felt some vibrations in the building that lasted maybe two minutes. Not thinking too much of it, he continued enjoying his day by riding a rented scooter around the area.

After heading down to the beach to snap some photos of a small boat and a bay that he thought seemed a bit strange, he realized just what was happening around him. John and others down on the beach began sprinting away from the oncoming wave. He ran beside other locals and beachgoers, desperately taking shots with his camera over his shoulder of what he considered to just be a “big wave” that was obviously not stopping at the sand like any other. The wave that ultimately tackled the peaceful coast that morning averaged a towering height of 24 feet.

Be Prepared to Make Split-Second Choices
During his life-saving sprint away from the rushing water, John was confronted with a choice that would eventually save his life. To continue running up the street meant putting distance between himself and the wave, but diving into a nearby hotel could offer crucial protection. John chose the sturdy building and sprinted to its highest point. This split-second decision was what most likely left him alive to tell the tale. It only demonstrates that survival situations demand quick thinking and reward wise decisions.

Perhaps the best way to honor the causalities and displaced survivors of the 2004 tsunami is to learn from what happened and carry those lessons with us in future excursions. Overall, the catastrophe teaches us that we could be separated from our friends, loved ones, and belongings in an instant. It may seem strange, but when you arrive in an area where tsunami’s might occur, become familiar with the local buildings and streets as they relate to the beachfront.

The Correct Way to Prepare for a Tsunami
Your familiarity with these routes and buildings could be what save you should disaster strike. As you do this, make a plan with loved ones so that if you are separated you will all know where to find each other. Pick a local landmark that everyone can find and designate a meeting spot or two so that no matter what happens a central location is set. Disaster does not wait for you to pack up your suitcase.  Be sure to have a small backpack with some necessities should you only have precious seconds to grab and go.

Understanding how rushing waves and water work can work in your favor. Water moves along the path of least resistance. This usually means waves hit hardest the streets and alleyways that offer little in the way of buildings or boundaries. A sturdy building that offers high stories or a path that heads uphill could be your best bet when given just quick moments to decide which way to go for safety. Since tsunamis often follow earthquakes, heed nature’s warning by moving to higher ground should you feel an earthquake. Concerning the water, a last chance effort can be made to grab onto some item that floats and is big enough to support your weight.

John Thompson’s story of survival shows us that disaster doesn’t wait or discriminate. What matters in situations like these is preparation and quick decisions that ensure survival. A tsunami is a devastating threat from the natural world, but you can still enjoy the beauty of nature while being prepared to survive. 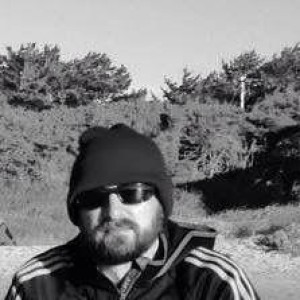 When he's not writing post-apocalyptic fiction or survival guides, Steve's snowshoeing on the Pacific Crest Trail or training for his next off-road triathlon.